Get fresh music recommendations delivered to your inbox every Friday.
We've updated our Terms of Use. You can review the changes here.

Windows in the Sky 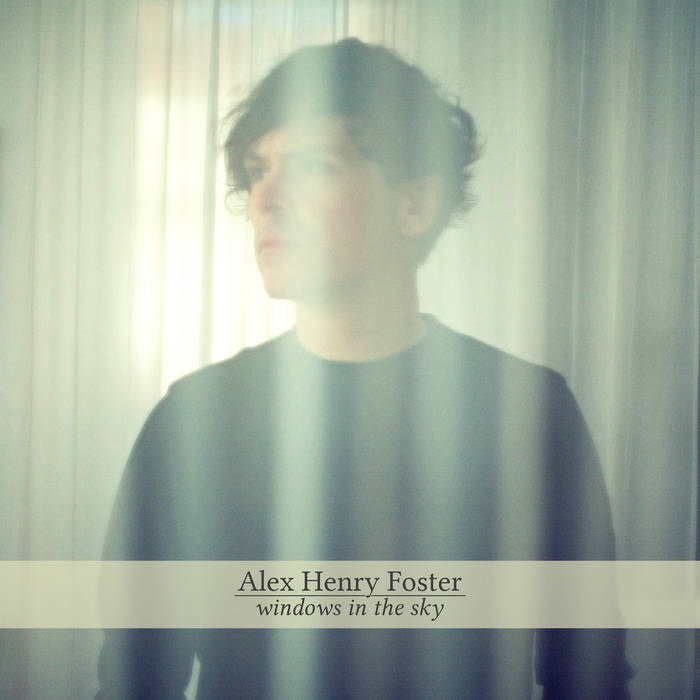 亜美 I simply love it. It doesn't need words, it's a heart that feels. Because , it is a song that touches my soul. Favorite track: Lavender Sky.

maxmusicvoice Great album! Almost like a soundtrack here, scratchy guitar textures there... A perfect blend of peaceful moments and heartbreaking ones. Not an album to listen only once. Favorite track: Winter is Coming In.

marydoune A song that heals the hearts and souls! Favorite track: Shadows of Our Evening Tides.

RadarTone discovery of the year!!!!! Favorite track: The Hunter (By the Seaside Window).

“Windows in the Sky” is the first solo album from Alex Henry Foster, lead singer and songwriter for the Juno Awards nominee post-rock band Your Favorite Enemies.

Written between Tangier and Montreal, “Windows in the Sky” has been crafted in a fragile state of emotional isolation following the passing of his father, a devoted believer to whom he was estranged, after a long battle with cancer. Foster explores the nature of faithlessness, sorrows and solitude while trying to find hopeful directions within the disorientation and the confusion brought about by grief.

In the likes of Radiohead, Swans, Mogwai and Nick Cave, AHF’s delicate and stormy musical journey embodies a singular mix of art rock, shoegaze, noise, psych and krautrock, and is defined by a blend of intimate voicing and introspective spoken poetry. It is an 8-track cinematic voyage that incarnates a distorted voice trying to make sense of its fading echoes, exuding the last pieces of its self-preservative make-believes, trying to hold onto the deceptive views of every shadowing ghosts reflections it is fighting to keep alive, in order to suppress the painful image of the person it might have become, freed from the distorted narrative it was bound to in order to avoid suffering any longer.

Foster describes his first solo project as a contemplative and reflective landscape where purposelessness, vulnerability and disarray press for an honest examination of the true character of your personal spirituality, the distress of your life’s failures and the everlasting sense of regret that keeps on blooming as you try to survive the implacable bewilderment of loss and the mourning reality of your own impermanent existence.

“For years, I’ve been looking for deep personal emotions to be channeled within the safe and elusive context of a band’s dynamic, so I wouldn’t have to be exposed through their real colors, wouldn’t have to assume any intimate implication. I simply hid behind the thick curtain of distant screams and uprising noises. It’s only when my father passed and that I slowly started to work on the songs that would ultimately define the spirit of “Windows in the Sky” that I had to admit that unless I would be willing to tear that bleak veil of fears down, I wouldn’t be able to let any of those vivid emotions be, wouldn’t be able to free them from my exultant struggle to stand into the light… and therefore to have my depressive soul emancipated through the honest embracement of those hidden emotions… one glimmer at the time… which is exactly how the album would finally come to life.”

Entirely recorded in early 2018 at the Upper Room Studio - Your Favorite Enemies’ Catholic church turned professional recording studio facility - Foster invited his bandmates to contribute to the final stage of a few songs’ musical arrangements as he concluded the album’s self-production.

In November 2018, Foster released a first solo album "Windows in the Sky”.

In April 2021, he released his live album and film “Standing Under Bright Lights”, featuring his first concert at the Festival International de Jazz de Montréal. ... more

Oakland producer Mejiwahn chats about his breezy and transportive LP.